Benny looks at Alpenzian (the Japanese version of Sunflower Valley)

Welcome to a review of a game that has been getting a great deal of play at my house: Alpenzian! I really love this edition for its size, custom dice, and artwork. Sunflower Valley is still an excellent choice though! 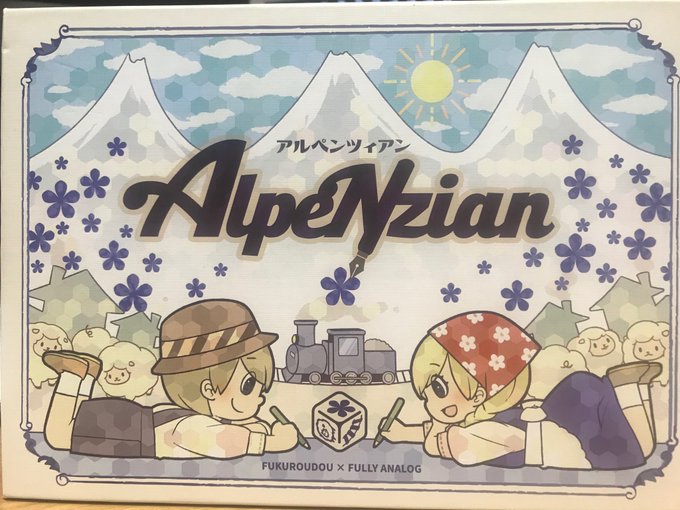 I’ve played this one a considerable amount solo as well as at the other player counts. I like solo because it really pushes the puzzle element and having to be more precise with your dice selection. In Alpenzian, the player rolls the dice and selects one of the dice which is placed on a color of the flower action selection board. All players fill in the die face on their sheet in the matching color space on their player sheet. Each player has the same player sheet. The faces are tracks, used to connect Houses (villages) to each other; Houses (villages) which earn the player 2 villagers when placed; Sheep, which have to be connected to Houses in order to avoid a penalty; Sunflowers, which are placed next to mountains, and Super Sunflowers, which get you a villager and is placed next to mountains.

In the game, players are pursuing points in several ways: points for sunflowers adjacent to mountains, sheep connected to houses, including via tracks, tracks connecting 2 houses (at least two spaces worth of tracks for points), and the majority of sunflowers in a color area and most villagers. 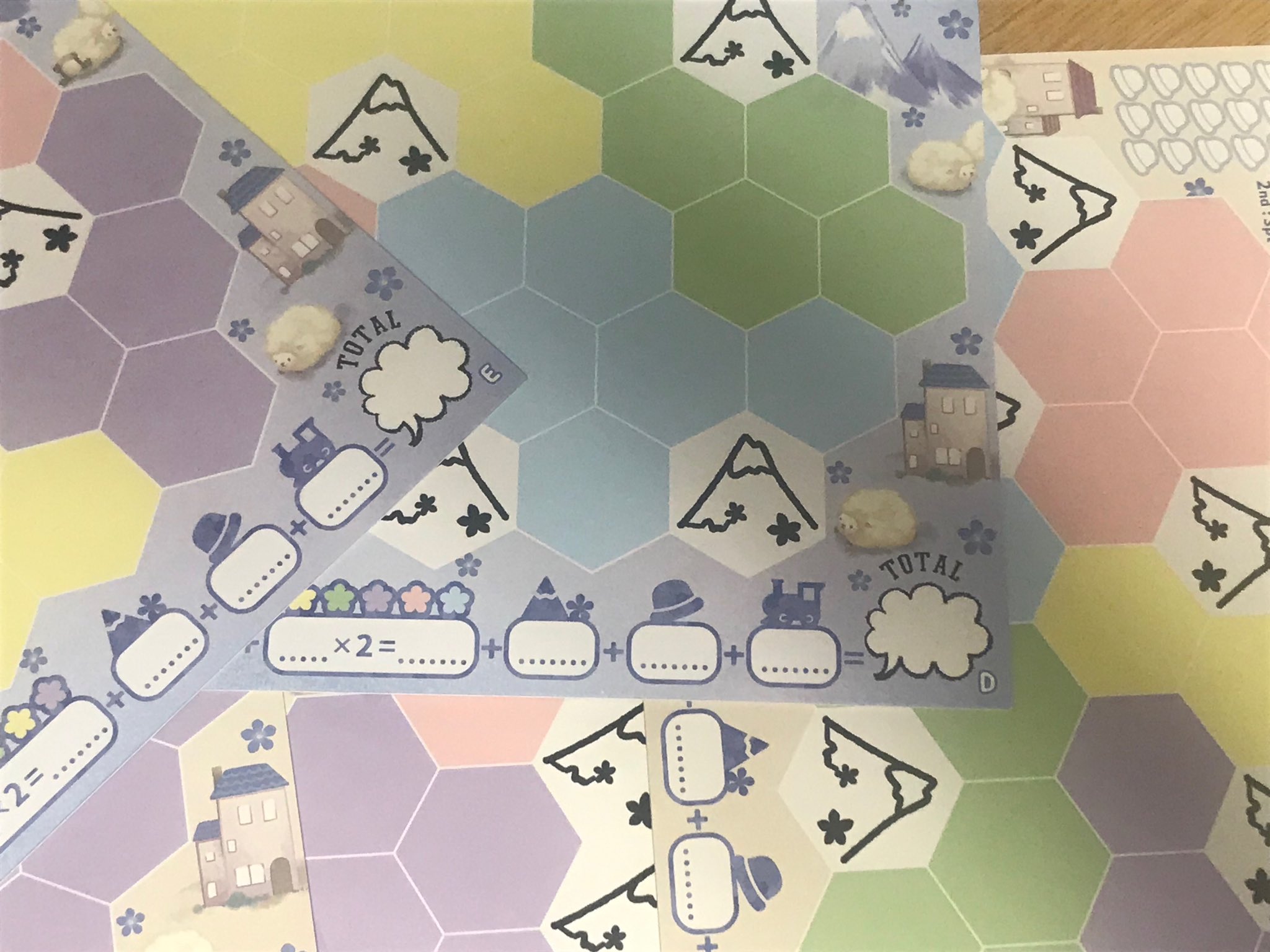 In two-player I saw one note from a player about how they felt the game suffered because of the majority scoring for the sunflowers, the players had split the colors evenly, one of the players won by having more villagers. Many games would wish to have such tight scoring! In Alpenzian, this scoring is very tight with majorities pushing back and forth. Placement of dice to activate certain actions is where I feel there is a lot of fun to be had in this game. If you keep an eye on your opponent(s) sheets you can place actions that do not benefit them and may, in fact, mess up their perfectly planned sheets.

I hope that players will seek out either version of this game. The action selection mechanism is really very clever and tight. The scoring of houses connection to each other and also using connections between houses to connect sheep to those houses to avoid the dreaded 5 point loss is also really well thought out, though is tricky on an initial turn or two. 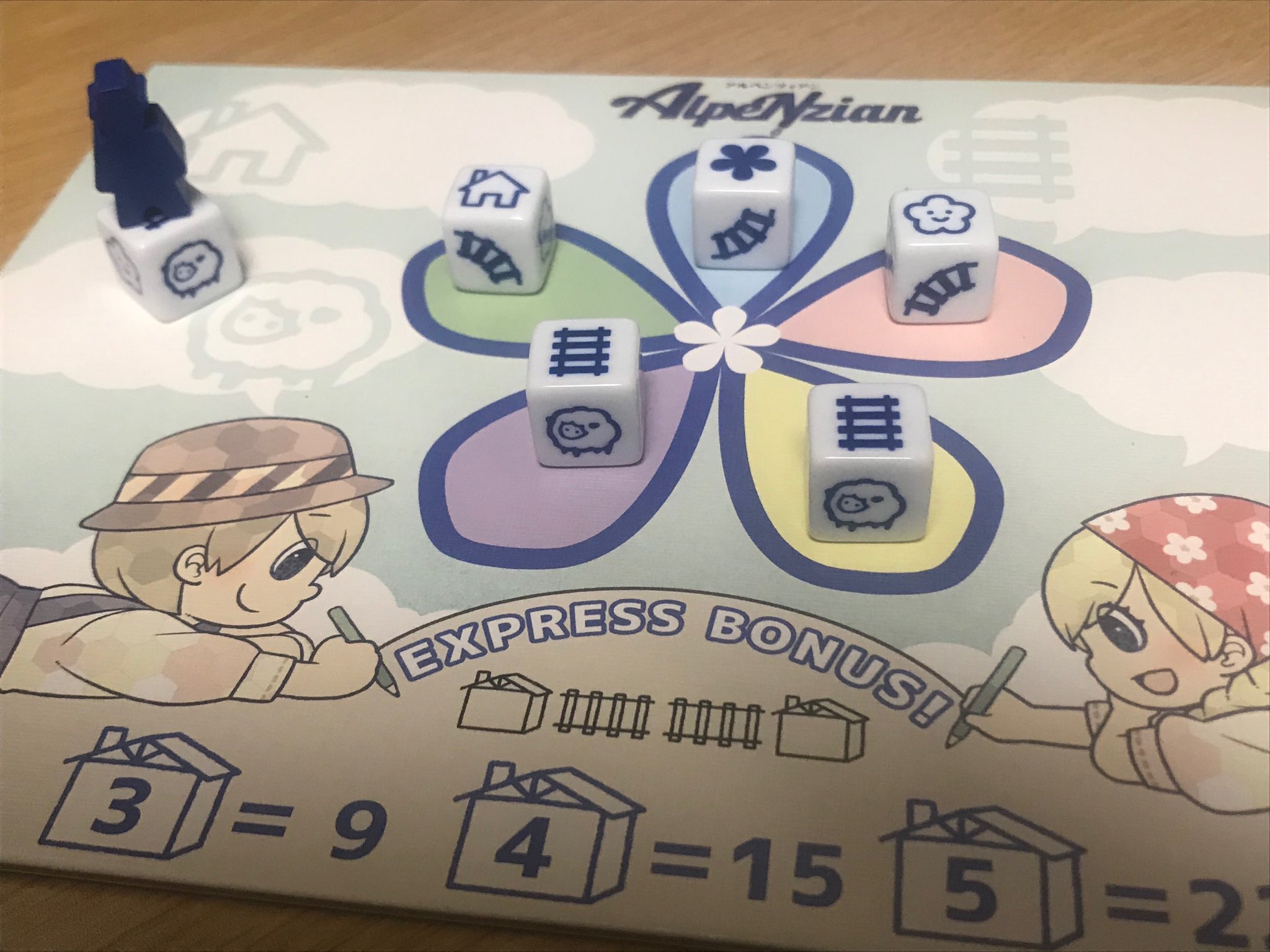 I’ve consistently found this game to be extremely fun and challenging, especially in solo play. It is one that keeps me coming back for more! Each time trying for higher scores only to see where I missed a connection between some sheep and a house or shouting for joy when I do make those connections! I’m not a big train game person, I like several of them (stay tuned for a review of Steamrollers) and to me, this game felt like less of a train game and more of a fun optimization and mitigation of disastrous placement.

Until next time, friends, pull on that cardigan, slip on some house shoes and let’s play games!

Full disclosure: I had previously owned a copy of Sunflower Valley purchased through the designer’s Fully Analog Games before it was picked up by Hobby Games and other publishers. My buddy Ryan Sanders now has that copy as I was able to acquire a copy of Alpenzian through a BGG Seller who had imported it from Japan. Also, the designer, Wouter, and I have occasional chats via email about games he’s working on.

Q&Play: Circling the Wagons to Build a Better Boomtown

This site uses Akismet to reduce spam. Learn how your comment data is processed.